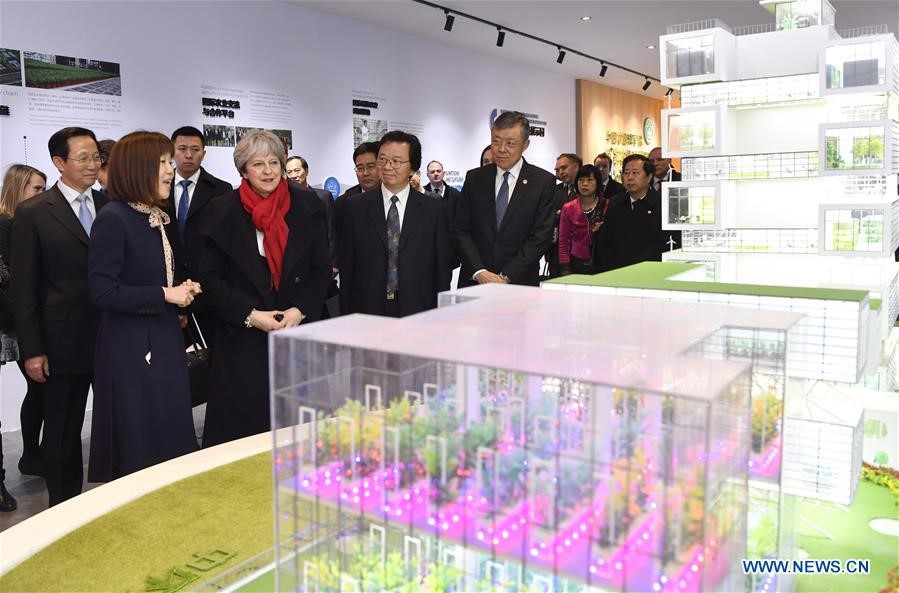 May expressed her appreciation for the achievements made by Chinese scientists in the field of high-tech agriculture. She said, both Britain and China are committed to improve crop yields and sustainable agricultural development, and are striving to reduce the impact on the environment in the process of agricultural production. The UK-China Joint Strategy for Science, Technology and Innovation Cooperation was officially launched during the UK-China High Level People to People Dialogue which was held in London in December, 2017. This strategy sets the framework for future cooperation, including an annual Flagship Challenge Programme which will focus on agricultural technologies in 2018. May looked forward to a more practical cooperation in the field of agricultural science and technology between Britain and China under the framework of the Joint Strategy.

Tang Huajun in his introduction said that the Chinese Academy of Agricultural Sciences has a long history of collaboration with the United Kingdom and has achieved good results in the fields such as food security, food safety, agroecology and sustainable development,agricultural adaptation to climate change, land and water resources management and capacity building.